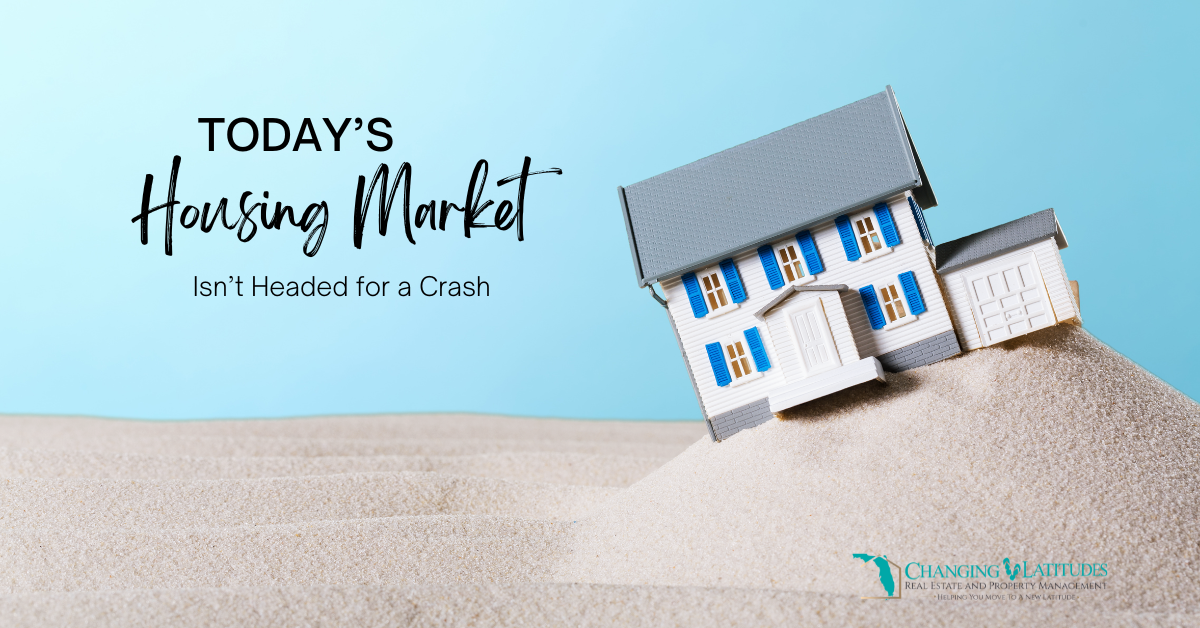 Whether or not you owned a home in 2008, you likely remember the housing crash that took place back then. And news about an economic slowdown happening today may bring all those concerns back to the surface. While those feelings are understandable, data can help reassure you the situation today is nothing like it was in 2008.

One of the key reasons why the market won’t crash this time is the current undersupply of inventory. Housing supply comes from three key places:

For the market to crash, you’d have to make a case for an oversupply of inventory headed to the market, and the numbers just don’t support that. So, here’s a deeper look at where inventory is coming from today to help prove why the housing market isn’t headed for a crash.

Current Homeowners Putting Their Homes Up for Sale 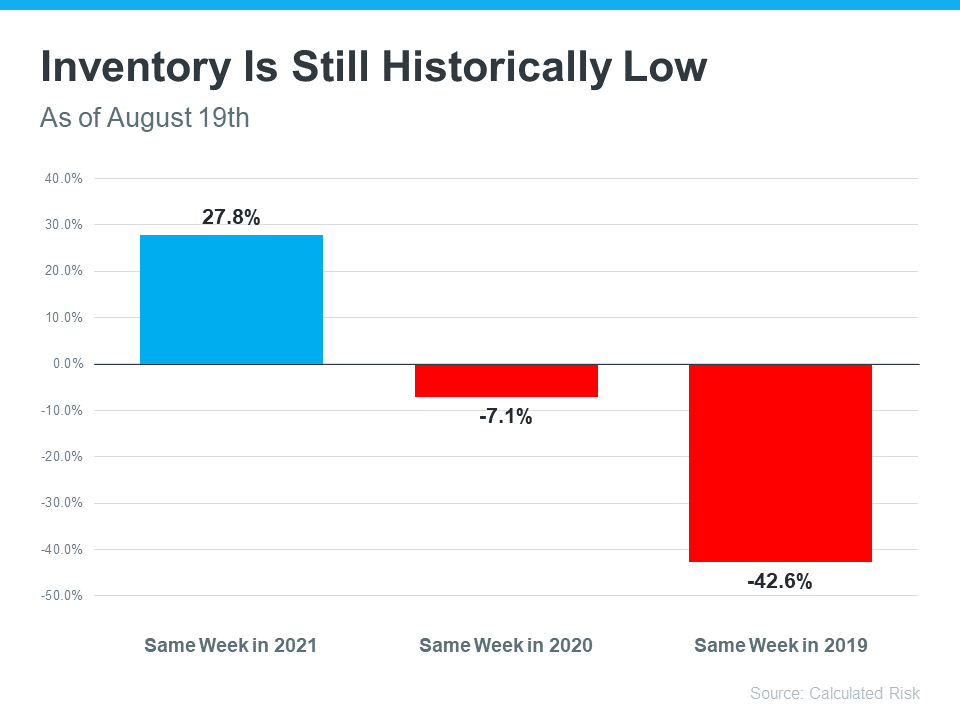 So, what does this mean? Inventory is still historically low. There simply aren’t enough homes on the market to cause prices to crash. There would need to be a flood of people getting ready to sell their houses in order to tip the scales toward a buyers’ market. And that level of activity simply isn’t there.

There’s also a lot of talk about what’s happening with newly built homes today, and that may make you wonder if we’re overbuilding. But home builders are actually slowing down their production right now. Ali Wolf, Chief Economist at Zonda, notes:

“It has become a very competitive market for builders where they are trying to offload any standing inventory.”

To avoid repeating the overbuilding that happened leading up to the housing crisis, builders are reacting to higher mortgage rates and softening buyer demand by slowing down their work. It’s a sign they’re being intentional about not overbuilding homes like they did during the bubble.

And according to the latest data from the U.S. Census, at today’s current pace, we’re headed to build a seasonally adjusted annual rate of about 1.4 million homes this year. While this will add more inventory to the market, it’s not on pace to create an oversupply because builders today are more cautious than the last time when they built more homes than the market could absorb. 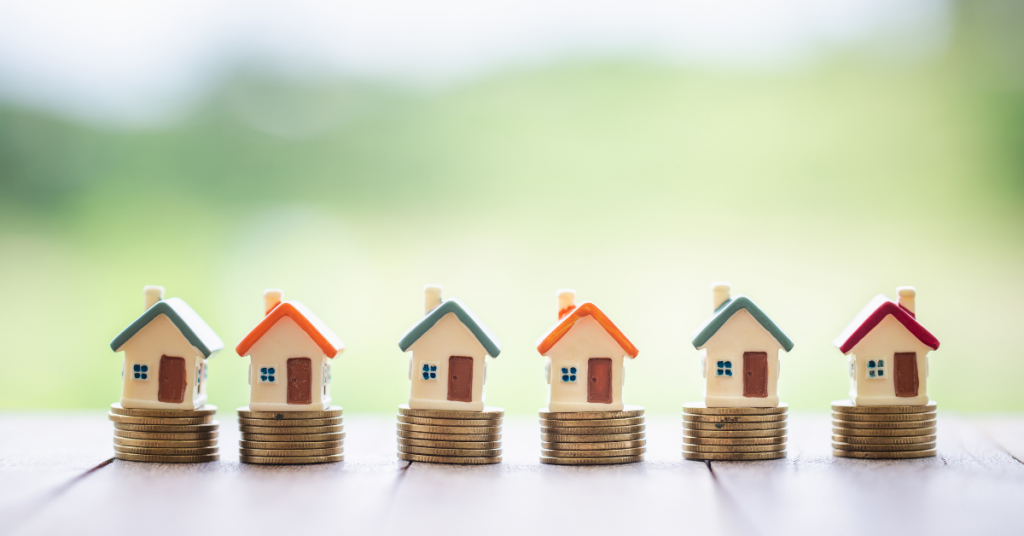 The last place inventory can come from is distressed properties, including short sales and foreclosures. Back in the housing crisis, there was a flood of foreclosures due to lending standards that allowed many people to secure a home loan they couldn’t truly afford. Today, lending standards are much tighter, resulting in more qualified buyers and far fewer foreclosures. The graph below uses data from ATTOM Data Solutions on properties with foreclosure filings to help paint the picture of how things have changed since the crash: 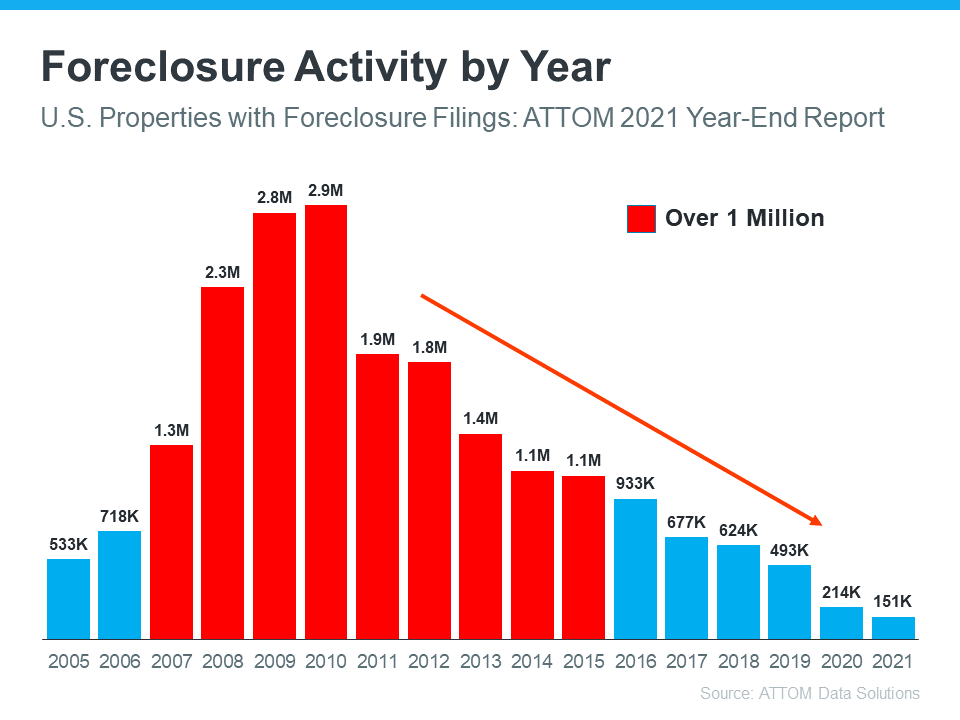 This graph shows how in the time around the housing crash there were over one million foreclosure filings per year. As lending standards tightened since then, the activity started to decline. And in 2020 and 2021, the forbearance program was a further aid to help prevent a repeat of the wave of foreclosures we saw back around 2008.

That program was a game changer, giving homeowners options for things like loan deferrals and modifications they didn’t have before. And data on the success of that program shows four out of every five homeowners coming out of forbearance are either paid in full or have worked out a repayment plan to avoid foreclosure. These are a few of the biggest reasons there won’t be a wave of foreclosures coming to the market.

Although housing supply is growing this year, the market certainly isn’t anywhere near the inventory levels that would cause prices to drop significantly. That’s why inventory tells us the housing market won’t crash.